It was the verdict heard round the world: Amber Heard found guilty on all counts of defamation against Johnny Depp. Depp had previously sued his now ex-wife in London, England for the same reasons. Heard prevailed in that case.

However, in the United States justice system, it was a different story. The legal saga that ensued in the Circuit Court of Fairfax, Virginia was televised and watched by millions of people around the world. For better or worse, it was the most widely viewed (and debated) legal case in recent years.

One fact that was not discussed by the general public is the way this popular legal spat intersected with the private investigation and digital forensics communities. While Depp and Heard undoubtedly hired their own private investigation teams to try to dig up dirt on one another—one key witness in the case ended up being a digital forensics expert. Norbert “Bryan” Neumeister, CEO at USAForensics LLC and a renowned video and photographic forensic expert hired by Depp, played a key role in the trial by discrediting some of Heard’s strongest “evidence.”

Neumeister’s testimony was based on his analysis of the metadata associated with several photographs that were presented as key evidence of Depp’s domestic abuse of Heard.

But what exactly is metadata? Metadata is defined by many as “data about data.” Or, as the Oxford Dictionary puts it: “a set of data that describes and gives information about other data.”

As it turns out, the metadata (and the lack thereof) became a key point of contention in the case.

Here are the details of how digital forensics played an important role in this (un)popular case.

Case Background
Depp and Heard met on set of The Rum Diary in 2011 and soon after began a romantic relationship—later marrying in 2015. The marriage would only last until 2016 when Heard filed for divorce. Less than a week later, Heard filed a restraining order against Depp, fueling rumors of abuse.

In 2018, Heard penned an op-ed for The Washington Post where she claimed she was abused. In her article, Depp is never called out by name, however, the damage was already done and people connected the dots. The world was convinced Depp physically assaulted Heard throughout their marriage. As a result, Depp allegedly lost several movie deals including his most famous role as Captain Jack Sparrow in The Pirates of the Caribbean franchise.

Depp fired back at Heard by suing her for $18 million dollars for defamation in 2019. Then in 2020, phone recordings between Depp and Heard were released, in which Heard willingly admits to hitting Depp. Heard is heard saying: “I’m sorry that I didn’t hit you across the face in a proper slap, but I was hitting you, it was not punching you. Babe, you’re not punched.” For better or worse, public opinion seemed to side with Depp.

In the litigation that followed, the Court sided with Heard in London, and Depp was denied the right to appeal twice. However, in the United States, the court sided with Depp this time around, awarding him $25 million dollars.

While the case involved a myriad of “experts” and eyewitness testimony, Neumeister’s testimony and his analysis of the forensic evidence proved to be a key turning point in the case.

The Photographic “Evidence”
Heard’s defense team produced several photos in their case, many of which depicted Heard’s alleged injuries. Depp’s legal team argued that all these photos were edited by Heard with the attempt to defame Depp and misrepresent the facts. This is where Neumeister’s expertise came into play.

Once Neumeister took the stand, Depp’s legal team showed him exhibits 12 and 13. Both exhibits were photographs of Heard, looking down with an apparent bruise under her eye. However, in one of these photographs, Heard’s face appeared to be “washed out,” and it was hard to tell if there was any bruising at all. In the second, the bruise appears darker, as does the whole photo itself. These two photos were a huge point of controversy in the case, because other than the “lighting” of the photographs, they appeared to be exactly the same despite Heard claiming they were two different photos.

Neumeister shot down this claim quickly, by simply presenting an overlay he had made of the two photos with one on top of the other. When Depp’s attorneys prompted him why they were looking at this overlay, his response was simple: “They’re two different exhibits, except they’re the same exact photograph. One’s been edited, one hasn’t.”

In theory, this should have been the end of the argument. Especially since part of Heard’s defense was the photos were authenticated with an operating number—something Neumeister says is impossible. “Nobody can identify the authenticity of these photos marked with operating system numbers.” He continued, “There is no way for any forensic expert to validate any of these photos.” It soon became clear that the defense lacked the proper knowledge of digital forensics.

EXIF Data
As the two sides dug into the metadata, Exchangeable Image File (EXIF) data became a key point of contention. EXIF data is a format that specifies the info about a snapshot or other media files produced with a digital camera. It can reveal when, and on what device, a photo was taken.

EXIF data associated with graphics can contain valuable information such as the time the photo was taken, edited, and even geolocation of the photo. This data can be commonly created by taking photos from smartphones.

In terms of the photographs in question, Heard’s defense strategy then morphed into a twisted (reversed) rendition of “innocent until proven guilty.” They attempted to argue that there was no way to prove that the EXIF data had been modified—and that consequently, the jury should accept the photos as verifiable proof. However, Neumeister took the opposite approach and made a convincing case that there was no way to prove the photos had not been altered.

During Neumeister’s cross examination, it became exceedingly clear that Heard’s defense team would try to push their narrative without fully understanding the science of digital forensics. The defense asked Neumeister if he was able to find any modification in the EXIF data. His response was simple, “There is no way to answer that scientifically because, given the evidence we were given there is no way to positively or negatively answer that. It is not a question that can be answered.” This began a long back and forth between the defense and Neumeister, wherein the defense kept demanding a yes or no answer. Due to the science of EXIF data, this was impossible.

Neumeister went on to explain further when asked if Heard’s trial exhibits showed if the photograph went through an editing application. “First of all, that’s not a yes or no question because a lot of the exhibits that you have put up [are] not photographs, they’re screen grabs. They’ve changed from an Apple format, which is jpeg, to a jpg Microsoft format,” Neumeister says. “So, you have actually changed the exemplars. You have changed the data yourselves that we actually ran EXIF data on. Some of your own examples that you’ve entered in the evidence, they are not photos from an iPhone. Those were edited on a Personal Computer (PC).”

In other words, there was no scientific way for Neumeister (or anyone!) to authenticate the photos, because they were photos of photos. To make things more interesting, the original iPhone these photos were taken on had been recycled years earlier.

In fact, Neumeister commented on how odd it was that Heard had not kept the phone. “In 95% of all cases we work we have the actual phones. It doesn’t matter if the phones are 10 years old. The reason is, if people have something they want to keep as evidence, they don’t recycle their phones,” Neumeister theorizes. Additionally, Neumeister argued that verifiable forensic extractions were not possible because, “the extractions we were provided were backups of backups of iTunes exports. So, it’s third generation and there is no way to verify the file paths and the history of any single photo that we’ve looked at,” Neumeister explains.

Without the original file path due to the phone being recycled, in combination with Neumeister’s overlays of the photographs, Heard’s defense team had a very difficult time remaining credible in the eyes of the jury. Amber Schroader, a 30 year digital forensics veteran and CEO and founder of Paraben, a leading digital forensics software company, points out that metadata is a key variable in a variety of investigations. “Metadata has a valuable impact on all types of digital evidence. It can show the author of a document and when they last worked on the information or if it was sent to someone else. These valuable digital fingerprints can be impactful in any investigation,” Schroader says.

Private investigators, for example, typically need to be very mindful to preserve metadata when compiling digital evidence. “Some of the keys to the preservation of metadata include keeping the original device the data was generated on and making sure it is processed in a forensically sound manner. Making copies of this data will simply generate new metadata,” reports Schroader.

Final Thoughts
Although Neumeister played a relatively small role in this case, it is clear his expertise in digital forensics planted doubt as to the defense’s credibility. The photos of Amber Heard’s “bruised” face were a strong piece of evidence for her case and without Neumeister’s testimony, it is unclear whether or not Depp would have prevailed in the trial.

The fact that Heard’s first phone was “missing” and her team could not show the original file path opened the door for a digital forensic expert like Neumeister to cast serious doubt on the authenticity of the photographs. This, in combination with Neumeister cunningly overlaying the two photos to show that they were in, fact, the same photo, created a powerful argument that Heard’s allegations were not believable and undoubtedly swayed the jury in Depp’s favor.

Digital forensics is a budding science that more private investigators are utilizing and exploring. Private investigators are frequently tasked with collecting and reporting metadata, including EXIF data, for cases. Having the proper training and expertise in digital forensics is not only going to give private investigator’s a leg up in the industry, but in some fields it is becoming more expected for some to have said expertise. With cell phones, social media, and digital fingerprints becoming more prevalent in court cases, digital expertise is going to be more and more in demand.

For those private investigators who are looking to learn more about digital forensics and build their skillsets by adding digital expertise, there are a number of PI focused training options. One industry leading training program is Paraben’s Training Academy. Specializing in digital forensics for over 30 years, Paraben offers a suite of informative courses and Certificate training programs, including Digital Forensic Fundamentals, Computer Forensics, and Mobile Forensics. Visit Paraben.com/dfir-training-3/ to learn more.

About the Author
Kendra Budd is the Editor of Working PI magazine and the Marketing Coordinator for OREP Insurance Services, offering customized professional and general liability insurance solutions to private investigators and security firms. She graduated with a BA in Theatre and English from Western Washington University, and with an MFA in Creative Writing from Full Sail University. She can be contacted at kendra@orep.org or (888) 347-5273. 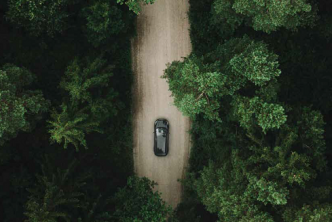